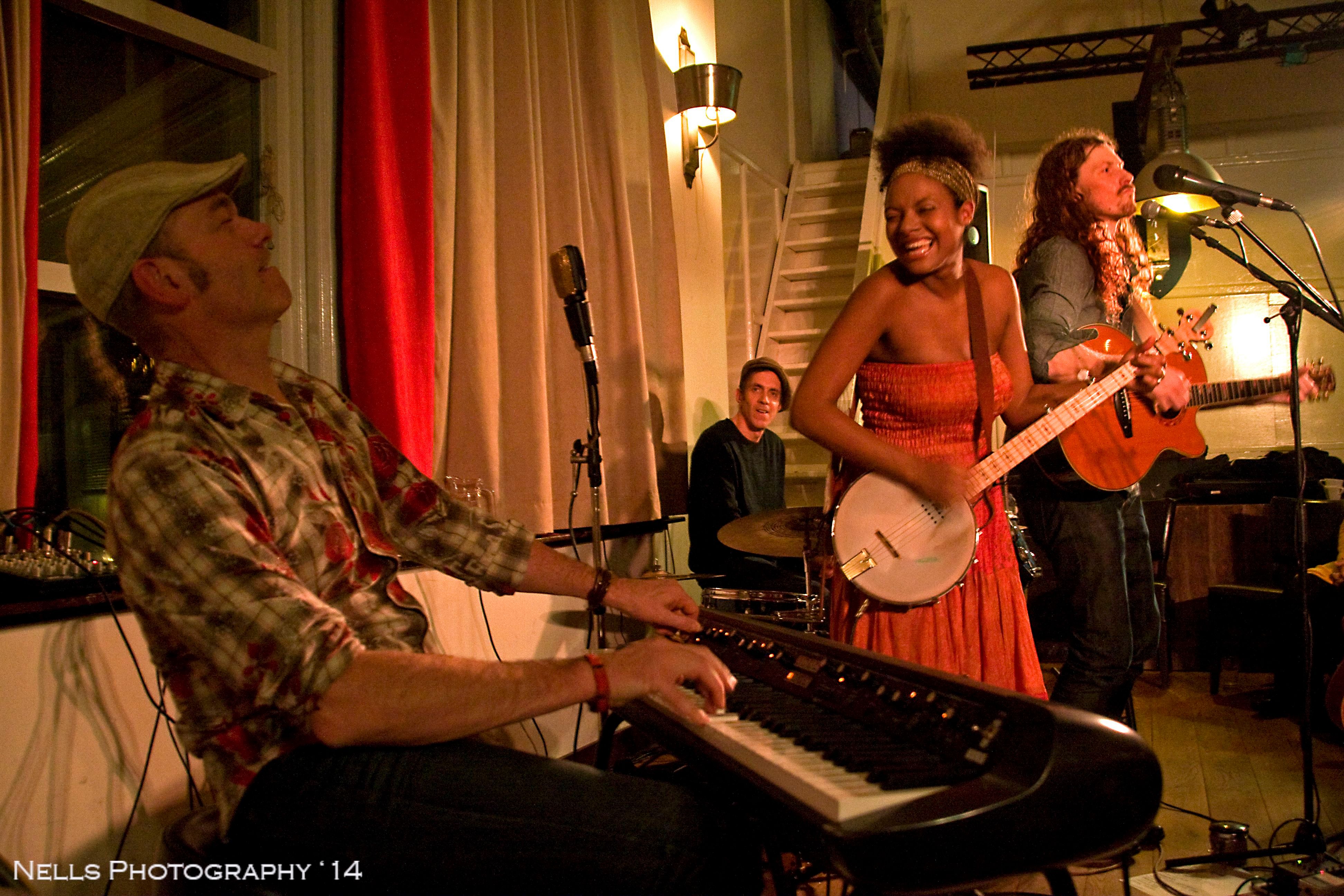 In the spring of 2011 JT Nero (Jeremy T. Lindsay) & Allison Russell toured The Netherlands to promote the album Mountains, forests. One of the tour dates would be a concert in our living room. The week before that we went to see them play in Roepaen, and after the concert Bart was asked to sit in on wurlitzer and accordeon for their Paradiso show a couple of days later. In Amsterdam (besides having a lot of fun) the musical cooperation seemed to work out great, and plans were made for future musical projects with Bart and the talented duo, called Birds of Chicago by now. This has resulted in various tours through the Netherlands, Belgium, Germany and the UK, and also in a couple of  studio recordings. In January 2012 Bart flew to Chicago to participate in the new, nameless,  Birds of Chicago debut album. Bart recorded his accordeon, piano & rhodes parts. In return JT and Allison sang on Bart's album 'Easy to see'. The Birds of Chicago tour through Europe regularly, and found a Dutch home with Bart & Arianne.

Here you can see some videos: